“The birth of a new kind of city”: a shared response to the challenges our planet faces

“The three transitions before us—the green transition, the energy transition and the digital transition—all involve radical changes in how we design our metropolitan spaces and how we design our city services”, stated Octavi de la Varga, Metropolis Secretary General, during the Metropolis Policy Debate on 9 November under the framework of the 13th Metropolis World Congress. During the online session “Novel solutions that can transform metropolitan spaces in the long term”, representatives from Asia, Europe, Africa and the Americas, from different political, territorial and cultural realities, had the opportunity to explain first-hand many of these far-reaching changes, which Pascal Smet, Secretary of State of the Brussels Capital Region, described as “the birth of a new kind of city”.

The pandemic and the climate emergency were, as expected, the two main threads of the conversation. “The breakout of Covid-19, together with climate change, have both raised our awareness of the need to rethink metropolises and urban spaces, so we can address these issues and better prepare ourselves”, said Wang Huanqing, Vice-Mayor of Guangzhou. 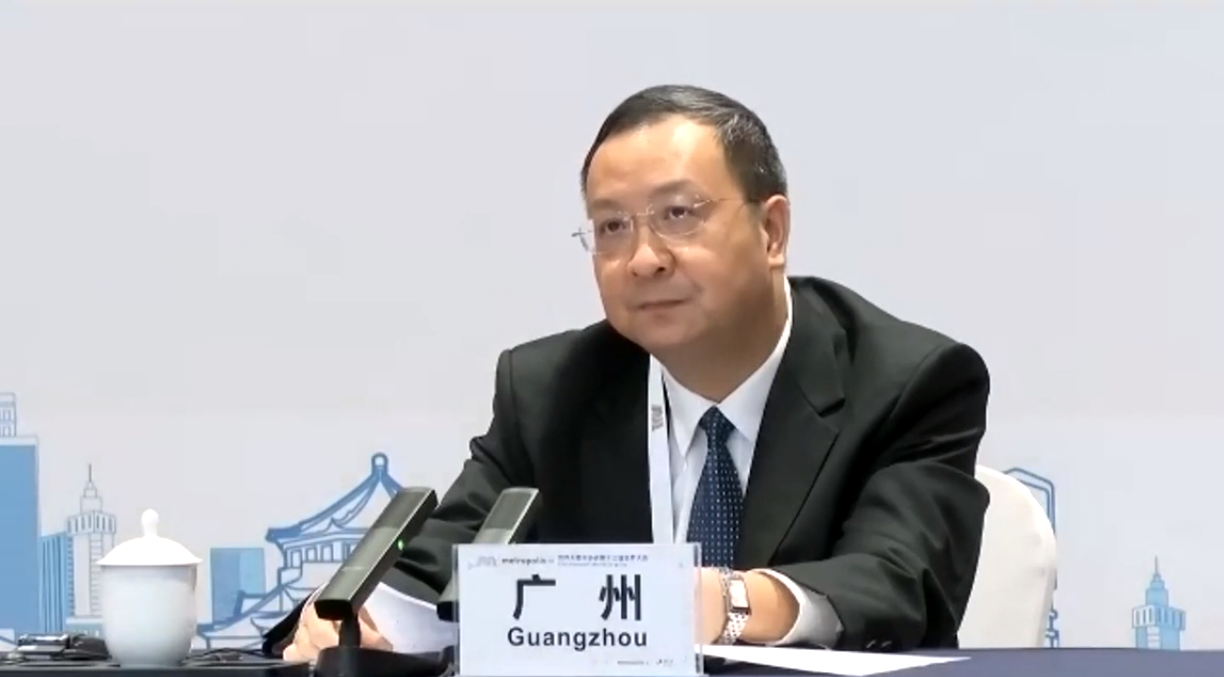 This rethink must involve reconsidering public spaces, given that citizens need to have spaces to meet each other and enjoy life in the city, as evidenced by the pandemic.

“We are in the recovery phase, and we want this phase to be real, inclusive and to bring improvements to urban space and the city model in general. This means strengthening the green and digital transition and social cohesion in our cities”, added Santiago Saura, Councillor Delegate of Internationalisation and Cooperation at Madrid City Council.

“States are elephants, cities are tigers: we are more agile, faster, in close contact and much more able to understand what is happening around us and to make the right decisions” - Ernest Maragall

Another issue emphasised during the debate was the role that local governments and metropolises play when facing challenges like the pandemic. Ernest Maragall, Vice-president of International Relations and Cooperation at AMB, explained that cities usually react faster and better to global crises. “States are elephants, cities are tigers: we are more agile, faster, in close contact and much more able to understand what is happening around us and to make the right decisions”, he claimed. 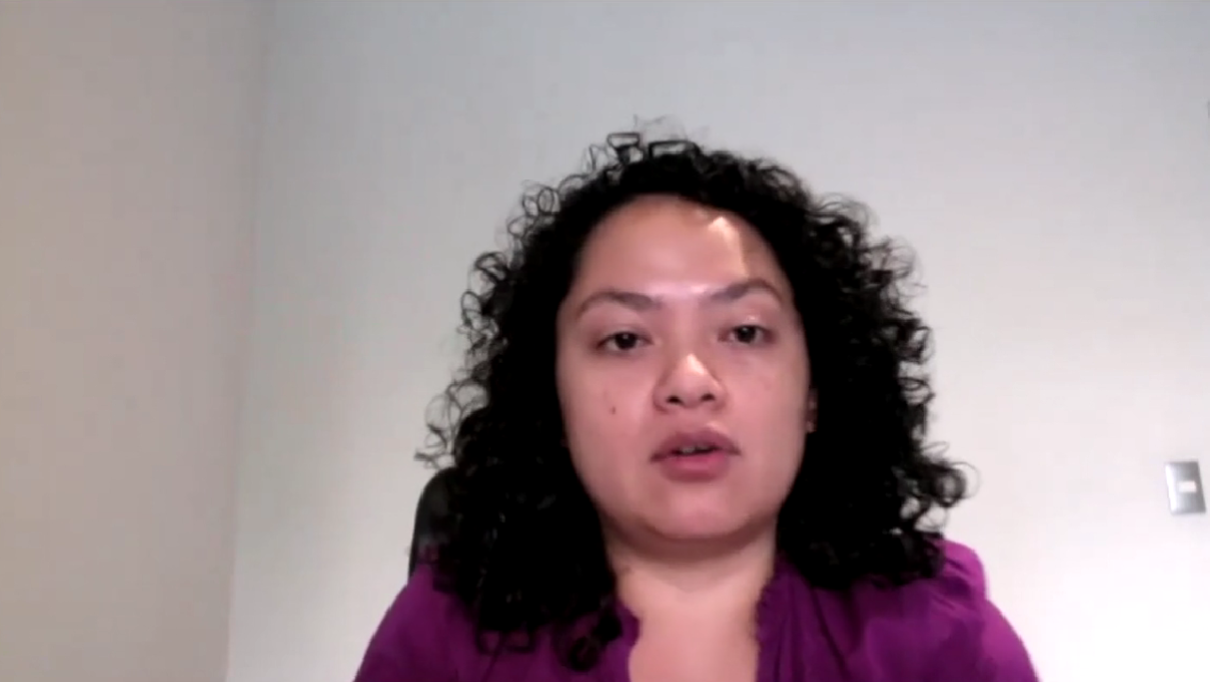 It is interesting to note that even though the debate took place among representatives from different metropolitan spaces around the world, such as São Paulo, Tehran, Mashhad, Kathmandu, Montréal and Rabat, most of the challenges mentioned were quite similar, and the only way to resolve them seems to be to seek joint solutions. “Metropolis in particular, like other city networks, have been fundamental in this process of dialogue which has been essential for the city —not only to exchange experiences, but also during the most critical moments in order to face these challenges together”, said Mariana Flores, Executive Director of Institutional Representation at Mexico City.

In order to better respond together to current urban challenges, mayors and metropolitan leaders, together with leaders of international institutions such as UNIDO and FAO, highlighted the role of urban innovation in city transformation during the Global Mayors' Forum held on 11 November.

Almost in unison, the participants highlighted “the need for cities to lead the transformation and creation of new ways of governance” as Wen Guohui, President of Metropolis and Mayor of Guangzhou, declared. Ambassador Lin Songtian, President of the Chinese People’s Association for Friendship with Foreign Countries, added to this, highlighting the important role of technology, innovation and new forms of governance: “We should build smart cities and modernise urban governance. Cities in all countries need to seize the growing opportunities in the next level of technological revolution and industrial transformation.”

“We would like to ensure that we promote the transformation we need to guarantee a sustainable future, not only for this generation, but also for the ones to come.” - Emilia Saiz

The arguments put forward by cities are a key part of the solution to the complex challenges our planet faces, and to offer a better life to all. This was embraced by Emilia Saiz, Secretary General of UCLG, who reminded the audience how local and regional governments are at the forefront of the different crises caused by the pandemic, human mobility, and climate change. Finally, she highlighted the importance of city networks like ours and how these organisations can be an essential resource in difficult times: “We would like to ensure that we promote the transformation we need to guarantee a sustainable future, not only for this generation, but also for the ones to come.”

“Metropolitan spaces are all about fostering collaboration to rethink the future together.” - Octavi de la Varga

Ma Biao, Vice-Chair of the National Committee of the Chinese People’s Political Consultative Conference, stated that “Cities need to serve as partners and vehicles for global cooperation, they need to stick to the new philosophy of win-win cooperation and abandon the outdated mindset of a zero-sum game.” Meanwhile, De la Varga added that “Metropolitan spaces are all about fostering collaboration to rethink the future together.”

Listen to the most interesting conversations from the Congress here. 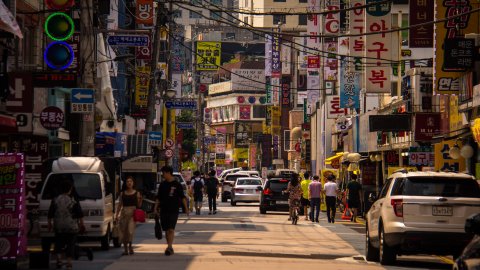 Metropolitan spaces are accelerating their great transformation
Copyright on this site is licensed under a Commons Attribution-NonCommercial-ShareAlike 4.0 International License
Website by Punt Zero