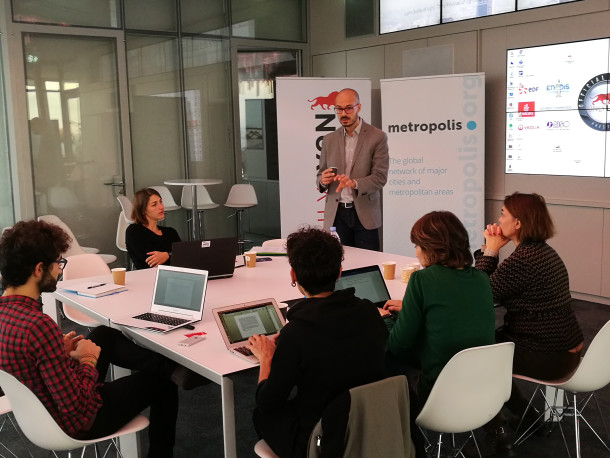 The pilot project "Governance in the energy transition towards a low-carbon society in metropolitan areas" (Metropolis Energy GovernAnce, or MEGA) is led by the Metropolitan Area of Barcelona (AMB), with the Greater Lyon metropolitan area and the city of Montevideo acting as partners. The first workshop of the initiative was held in Lyon on 23 and 24 November.

The AMB, Lyon and Montevideo have set themselves several objectives for the different stages of the project, including drawing up a plan to design and implement energy transition policies on a local level, encouraging discussion on the topic between a range of local initiatives, and generating and transferring practical knowledge so that cities can put effective energy transition projects in place. MEGA will come to a close in the first half of 2019 with an international conference held in Barcelona.

MEGA's launch coincided with the “5th Energy Climate Conference”, which brought together different participants from the Lyon metropolitan area to execute the  “Territorial Climate and Energy Plan”. The document sets out the framework for Greater Lyon's approach to reducing greenhouse gas emissions, as well as the actions the area will take to fight against climate change.

Following the conference, members of the MEGA project took part in a technical workshop at the Maison de la Confluence, an information and discussion centre for the “Lyon Confluence” urban project. The project involves 150 hectares in Lyon city centre, to be used for technological and environmental innovation. In April 2017, “Lyon Confluence” was awarded the “Le Monde” Smart Cities Award in the urban innovation category, for combining energy management and the digital revolution in its urban project.

During the workshop held on Friday, 25 November, participants exchanged their views on a range of aspects related to their approach on energy transition governance.

Montevideo stated the city's goals to come into line with Uruguay's national policy, in which 62% of energy needs come from renewable sources. Under the leadership of Ramón Méndez, former Director of Climate Change at the Ministry of Housing, Territorial Planning and Environment (MVOTMA), Montevideo City Council is implementing several projects, such as encouraging electric taxis and changing the city lights to LEDs.

Eymeric Lefort, Director of the Greater Lyon Energy Project, highlighted the importance of Energy Departments having multidisciplinary teams. He explained that as energy is a cross-cutting topic, touching on numerous sectors at the same time, it is important to have several technical experts, like engineers, on board, as well as experts in political science who can understand the interactions between institutions. Subsequently, Pauline Gabillet, Head of Energy Planning for the Lyon Metropolis, presented ÉCORENO'V, a service provided by the Lyon Metropolis to offer advice and support for housing eco-renovation projects.

Ana Romero, Director of the Sustainability and Environmental Education Division, and Gil Lladó, Energy Transition Project Manager, presented a calculator set up by the AMB to allow citizens to carry out a feasibility study for solar panel installation (whether solar photovoltaic or solar thermal). The calculator allows users to carry out a full economic study (consumption, rates, investment, savings, return period, etc.) that is adapted to the different scenarios covered by current legislation.

The first stage of the MEGA project came to a close with several lines of work that need to be developed further, given the enthusiasm shown by the project participants. The next stage is scheduled for the first half of 2018, with a meeting in Montevideo. For more information on the project, please get in touch with Guillaume Berret or Lia Brum from the Metropolis Secretariat General.

To know more about the contribution of the participants, click on the image 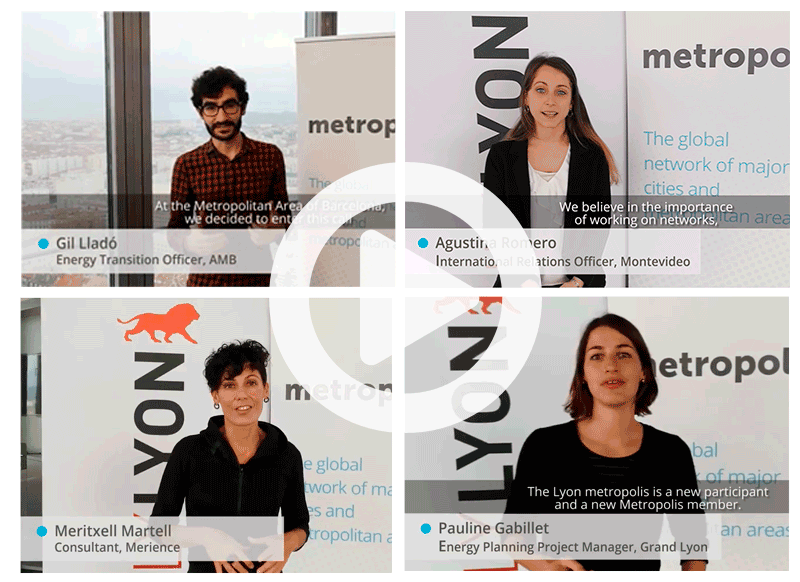