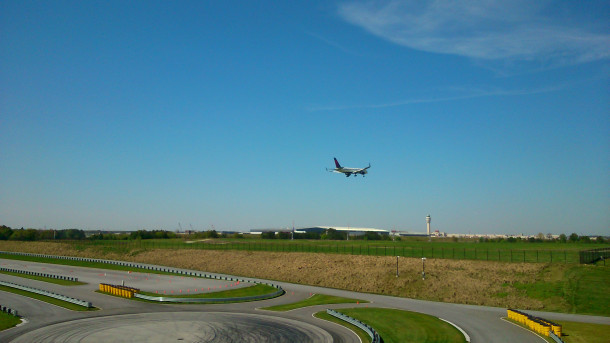 On April 12 and 13, Atlanta hosted the second meeting of the METROAirports pilot project, during which the participants, from the Metropolitan Area of Barcelona (AMB) and the Île-de-France region, analyzed and debated the socio-economic impact that airport areas have in the metropolitan territory. During these two days the participants both visited areas near the airport and participated in technical exchange workshops.

In these workshops the participants discussed the importance of the development of industrial areas and companies near airports. Atlanta mentioned some of the measures it had taken in order to create employment for residents near the airport. Under the leadership of Aerotropolis Atlanta (a non-profit organization whose objective is to increase the economic growth and prosperity of the communities of the airport area), in 2016 a working group was created with the objective of developing and implementing solutions that favor the employment of potential workers around the airport. To this end, meetings and training sessions with companies are organized.

In fact, of the 180,000 employees in the airport area, only 15% live in areas adjacent to the airport, where the unemployment rate is around 53%. The team of Atlanta presented the main successful points of Atlanta as an airport city. Among them, government cooperation, regulatory flexibility, a shared vision of the future, the availability of spaces, the support of local communities, and the cooperation and leadership of the airport. For its part, the AMB and the Île-de-France region presented their governance models and the functioning of their airport cities, emphasizing issues such as green spaces, connectivity, and socio-economic and work policies.

Participants also visited Fort McPherson, a former military base located next to the airport that stopped operating in 2015. A part of it was later sold to a film studio (Tyler Perry Studios), which wants to take advantage of the space available (1.34 km2) to develop its activities. It should be noted that Atlanta is one of the most active places in the world in the film industry.

A second visit was organized to the Porsche center in Hapeville, next to the Atlanta International Airport, the center where Porsche has recently located its North American headquarters. The Vice-President of Porsche in North America, Joseph Folz, explained that Porsche chose this location near the airport due to the ease of national and international access, a more flexible sound regulation and the great availability of space, which has allowed them to install a race circuit and contemplate future extensions.

One of the results of the METROAirports project will be a study that will gather the different debates organized throughout the two and a half years of the project. In addition, the study will attempt to provide a definition of airport areas (a definition that does not yet have a consensus), to clarify different government and economic initiatives for their development, and to assess their social impact. The final objective will be to elaborate a series of political recommendations addressed to the metropolitan governments.

The next meeting will take place in November in Paris, and in 2019 the final results will be presented in Barcelona.
Copyright on this site is licensed under a Commons Attribution-NonCommercial-ShareAlike 4.0 International License
Website by Punt Zero