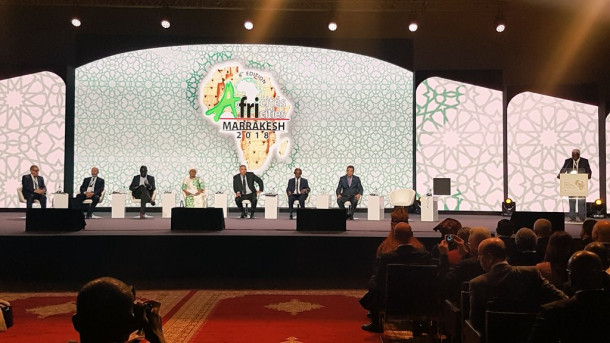 Facing the prospect of the highest urbanization rates in the world and all related challenges, the decision makers from 16 African metropolis met in Marrakech last November 22 to officially launch the African Forum of Metropolitan Cities and Regions. As the population in this continent is moving to cities more rapidly than in any other part of the planet, these local leaders are searching for common answers to complex issues such as infrastructures, climate change, migrations and food security.

The proposal of this Forum is to share, among Africa’s greatest urban areas, common urban planning guidelines to cater to the needs of the continent’s population, which today is of 1.1 billion inhabitants and is expected to double by 2050. While working together, not only do the African metropolitan cities and regions share the knowledge arising from each of their local experiences, but also find how the global agendas can be instrumental to tackle the challenges of such a demographic explosion.

The Forum counted on the participation of the political leaders of Abidjan, Abuja, Brazzaville, Cairo, Dakar, Gauteng, Johannesburg, Libreville, Nairobi, Nouakchott, Ouagadougou, Rabat, Tunis, Victoria and Yaoundé, as well as of the President of UCLG, Mpho Parks Tau, the Secretary General of UCLG, Emilia Saiz, and the Secretary General of Metropolis, Octavi de la Varga. It took place in the framework of the 8th Africities Summit held in Marrakech from 20 to 24 November.

Mr David Makhura, the Premier of Gauteng Province and chair of the Forum, opened the event stressing the complexity of the African continent and its cities, and the importance of working towards quality of life above all. One of the main concerns of the leaders of this Forum was that all cities aspire to become metropolises, as cosmopolitan and vibrant spaces to live, but find it challenging to preserve all their inhabitants’ well-being once the growth becomes unmanageable.

Ms Rose Christiane Ossouka Raponda, Mayor of Libreville and newly elected President of UCLG Africa, in turn, highlighted the need to work towards a metropolitan diplomacy, meaning the exchange of services between metropolises and central governments. This statement was complemented by the opinion of Emilia Saiz’s, who said that this Forum could shape and define more clearly the political international agenda of regions and metropolitan areas, not only for Africa but also for the rest of the world.

The African Forum of Metropolitan Cities and Regions is the result of two preparatory meetings that took place in the continent during 2018: one in Rabat in April and the other during the Metropolis Annual Meeting hosted by Gauteng last August. It was proposed to the political leaders of the African metropolises to meet again at least once a year through this platform, to seize the opportunities that cities and metropolises are generating. The next edition of the Forum will take place in the framework of the 6th UCLG World Congress, to be held in Ethekwini (Durban) from 18 to 22 November 2019.