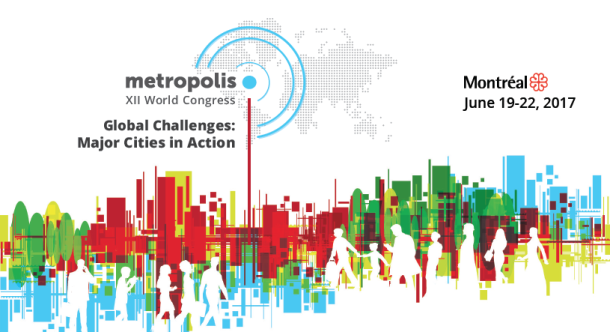 The 12th Metropolis World Congress is promoted around the globe

Between March and April, the regional focal points of the Metropolis Secretariat General went on roadshows to meet and engage some of our most active members, partners and strategic metropolises in Africa, Europe, South America and Asia. The visits served to reinforce personal invitations for our mayors and governors to join the XII Metropolis World Congress that is taking place in Montréal next June 19-22.

The Congress regional roadshows started on March 6 in South Africa, where Hélène Jourdan, Capacity Building & Training Officer, Africa Liaison, and Executive Director Octavi de la Varga held a meeting with the mayor of Johannesburg, Mr Herman Mashaba, who confirmed his interest to be present at the Congress and join upcoming projects of Metropolis. Equally interested in attending the Congress was Mr David Makhura, Premier of the Gauteng Province, which is also a Metropolis member, and stated he is looking forward to engaging more its government in the activities of the association, especially regarding the themes of diversity, youth and employment. Cape Town, which gathers the features to potentially become a new member of Metropolis, also welcomed the visit of our Secretariat General representatives, and its Vice-Mayor is studying the possibility of attending our major triennial event. The roadshow was also the occasion to meet the technical staff of SALGA (South African Local Governments Association), with whom synergies in the areas of training and capacity building were identified. 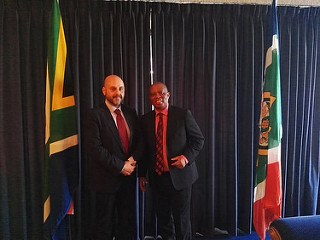 In Europe, between March 21 and 23, Octavi de la Varga went to Brussels and London, where he met strategic partners and potential new members. The Greater London Authority is analyzing the possibilities of one of its Deputy Mayors to attend the Congress, and perhaps eventually join the association. Meetings were also held with representatives from 100 Resilient Cities and the European Committee of Regions, which both showed interest in contributing to the programme of Montréal. In the latter, our Executive Director had the chance to meet directly with political representatives from the metropolitan areas of Porto, Thessaloniki, Great Manchester, Torino and Toulouse, which all gather the eligibility criteria to become members of Metropolis in the future.

The last week of March was the period for Lia Brum, Latin America Liaison to meet the metropolises of South America, accompanied by Federica Biondi, Head of Finance and Administration. They met with senior international relations officers in the member cities of São Paulo, Guarulhos, Medellín and Bogotá, as well as with the Metropolitan Area of the Aburra Valley (AMVA), our new member that is going to be ratified by the Board of Directors on June 22. They all showed high interesting in joining the XII Metropolis World Congress and look forward to bringing their delegations possibly headed by their highest political representatives. In addition, they were eager to learn about the operations of the Metropolis Secretariat General in closer coordination with the association’s governance structure, as well as in the calls for pilot projects and statutory positions, which are going to be respectively announced and elected in Montréal as well. The trip was also the occasion to visit the City Council of Campinas, whose metropolitan territory, gathering more than three million inhabitants and being a hub for logistics, entrepreneurship and research development in Brazil, presents the potential characteristics to become a Metropolis member in the future. 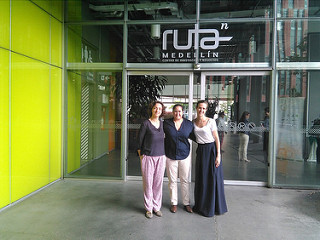 The first part of the Congress’ promotional tour in the Asian region was successfully held in China, as well as the city-state of Singapore, at the beginning of April. In China, our principal advisor, Sunil Dubey and the person responsible for the Institutional Relations in Asia, Agnès Bickart, met with the Adjunct Director of the Office of Foreign Affairs of the Municipality of Beijing, Ms Zhang, our Regional Secretary of Asia and Director FAO in Guangzhou, M. Liu Baochun and with Mr Song, President of the Chinese People’s Association for Friendship with Foreign Countries (CPAFFC). In addition to the enthusiasm shown by these cities and the CPAFFC and their desire to enrich the programme of the 12th Metropolis World Congress by participating in plenary and technical sessions, the cities and associations have offered to mobilise their associated networks and affiliated cities. Guangzhou has already mobilised a delegation from the municipality which will be led by Ms Li Xiaomian, Vice President, and Liu Baochun, General Director, of the city’s Ministry of Foreign Affairs. In addition, the experts of the Guangzhou Urban Planning and Design Survey Research Institute (GZPI), one of the most prestigious urban planning institutes in China, will mobilise through a delegation. Guangzhou will host a session dedicated to urban innovation during the conference (for more information, visit the Congress website and download the programme). You can get in contact with the GZPI in the exhibition area of the Congress, where some cities will have a pavilion to facilitate contact between cities and to provide delegates with the most up-to-date information about the latest advances in urban development.

Although not being a member of Metropolis, the city-state of Singapore and Metropolis have worked together since 2014 within the programmes developed by the Centre for Liveable Cities (CLC). Our meeting with the team of Dr Khoo Teng Chye, Executive Director of the CLC, has allowed us to confirm Singapore’s willingness to work more closely with Metropolis as institutional members and to share knowledge. The visit to Singapore allowed us to establish contact with the People’s Association (PA), the coordination centre of five mayors of the district of Singapore. PA assured us that they would actively promote our congress with its mayors, members and associates. 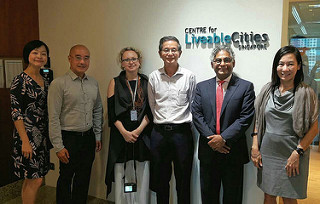 The final leg of the Asian tour was completed at the beginning of May in India, visiting our official member of the National Institute of Urban Affairs (NIUA) in New Delhi, All India Institute of Local Self Governments (AIILSG), and with the government of Telangana State, in Hyderabad.

If you have not yet confirmed your attendance to the XII Metropolis World Congress, do not miss the opportunity of registering online with our early-bird rates until April 13th, at montreal2017.metropolis.org.