RE-CITY is an international platform for Social Sustainability, to rethink, rethink and react to the challenges affecting metropolises such as social inequalities, climate change, the phenomenon of interculturality or the future of new technologies.

The RE-CITY project began last year with the cycle "Combat Inequalities" and will continue from this October with the cycle "Let's do something about climate change" which will have the participation of different international experts.

The project has grown giving rise to the creation of an Observatory for Social Sustainability, a Network of Academics, a Group of Entrepreneurs for Equity and the development of a Training Plan for people with political profile and people with technical profile of local governments.

On Friday 5 October at 12h30pm we will present the RE-CITY project to the Fundació Antoni Tàpies.

The presentation will be given by:

If you want to attend you can confirm attendance here: info@catalunyaeuropa.net 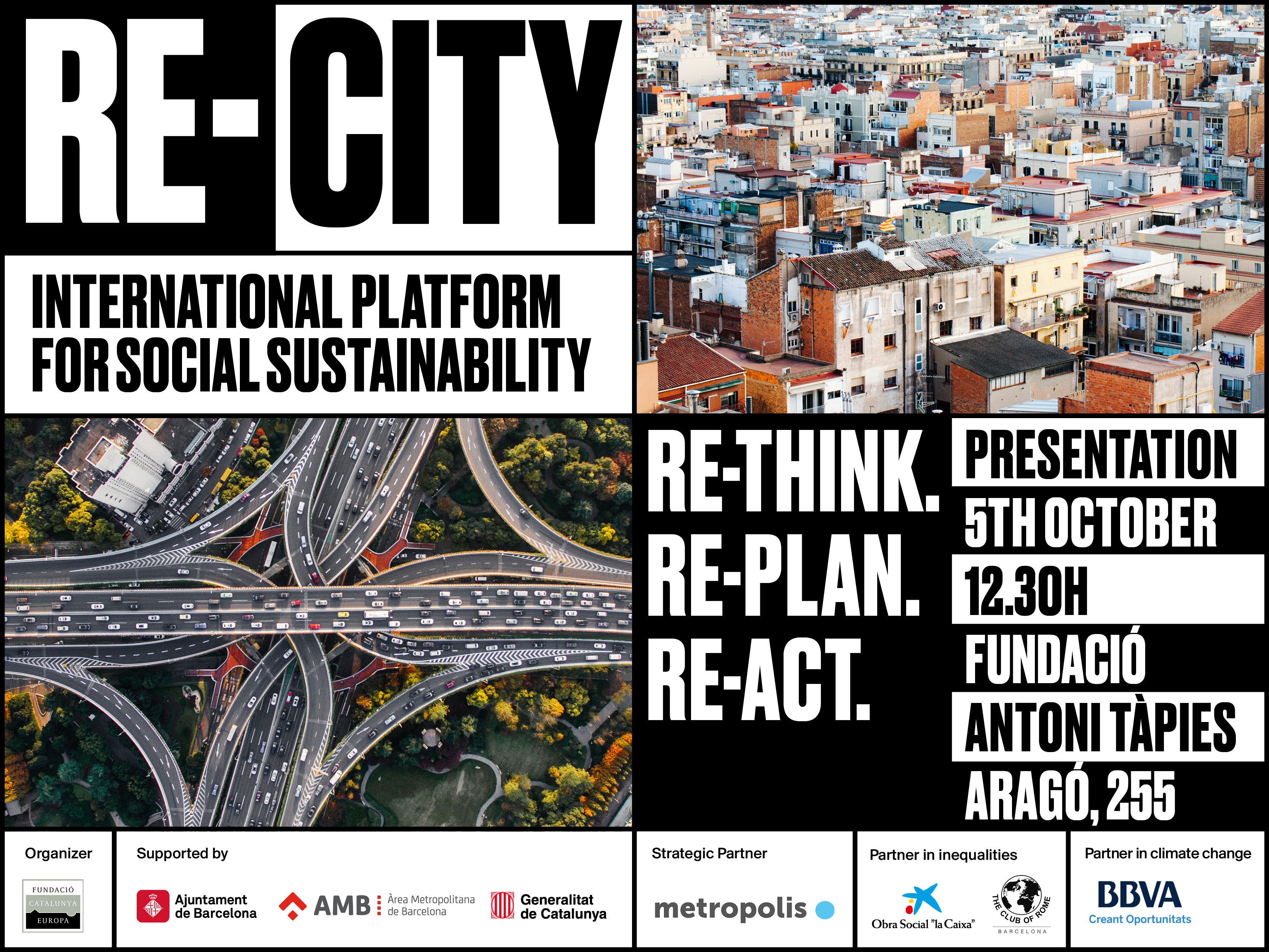