The Montréal Thematic Meeting on Metropolitan Areas has been selected by the Habitat III Secretariat as one of the eleven thematic and regional meetings to help prepare the Third United Nations Conference on Housing and Sustainable Urban Development (Habitat III) to be held in Quito in 2016.  With support from the United Nations (UN), the Government of Canada, the Government of Québec, the Network of Metropolitan Areas of the Americas (RAMA) and METROPOLIS, the Communauté métropolitaine de Montréal (CMM) takes this opportunity, which occurs only once in 20 years, and becomes part of the process leading to Habitat III so as to help develop the "New Urban Agenda for the 21st Century". 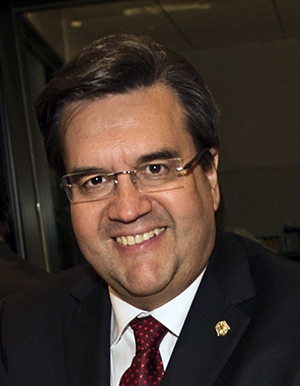 On October 6 and 7, 2015, more than 500 stakeholders of the international community representing Member States, metropolitan area institutions and international civil society will gather at the headquarters of the International Civil Aviation Organization (ICAO) in Montréal to adopt the Montréal Declaration on Metropolitan Areas.

The Montréal Declaration rests on the conviction that metropolitan areas have an important role to play in developing the "New Urban Agenda for the 21st Century". The declaration aims to acknowledge, within the New Urban Agenda, that metropolitan areas foster the sustainable development of cities in its social, environmental, cultural and economic dimensions, and thus help to satisfy current population needs.