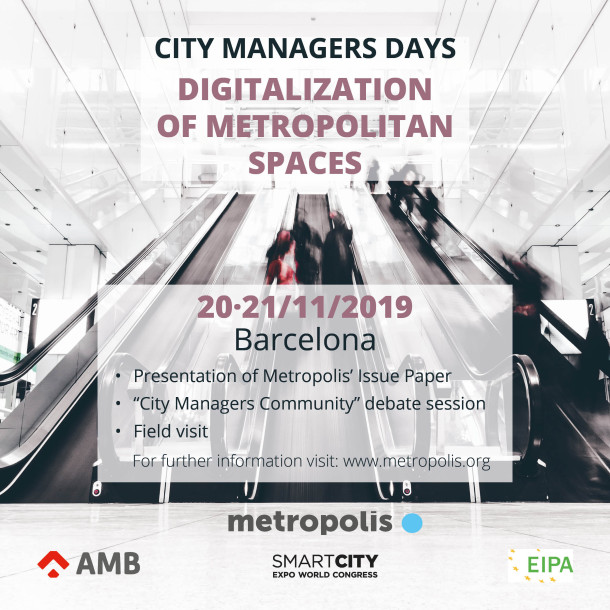 The City Managers Days are entering their fourth edition with a new format, moving from a one-off 3-hour meeting to a 2-day event with diverse activities in different venues. With this format, we seek to go much deeper into the proposed theme, making it easier for the people who participate to have more possibilities for interaction and the creation of synergies between them, and between the metropolitan governments they represent.